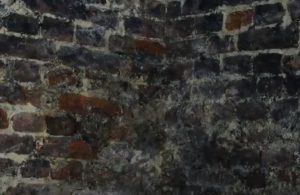 Homeowners experiencing problems like warped and sagging floors, musty smell, damp or moist floors and worse of all ill health of family members should look to the Crawl Space or Basement as the source of trouble.  High humidity in the Crawl Space comes from the ever-present water vapor rising from the earth below and the changing climate outside.  For a premier solution contact Hero Crawl Space Encapsulation of Chesapeake, VA.  We provide free, no strings attached, skilled Crawl Space Inspections to find all sources of trouble.

Homeowners don’t like to go into their home’s Crawl Space it’s dark, damp, smelly and perhaps pest ridden but that lack of attention can also have the terrible impact on the health of the inhabitants.  Whenever family members have unexplained illnesses and there is an unusual odor in the air, time to inspect the surroundings.  If looking around the home, the cause remains hidden then it becomes time to broaden the search into less accessible areas.  Hero Crawl Space Encapsulation of Chesapeake will investigate the home’s poor quality of air in the most inaccessible area the Crawl Space.

This inspection is performed at no charge or expectation so you’ve nothing to lose to discover what ails your home environment.

Indoor air quality studies have shown that 50 or more of air in our homes rises from the crawl space.  Crawl space air can be swarming with mold spores, nasty odors, Bacteria and dangerous gases, such as Radon and Methane.  Radon is the major cause of Lung Cancer in Non-Smokers.  Methane, from the decomposition of plant and animal life, will rob the atmosphere of oxygen making people feel dizzy, nauseous and weak.

What is Crawl Space Encapsulation? 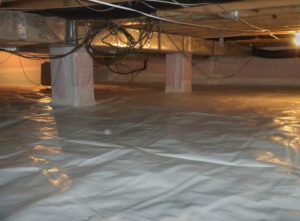 A Crawl Space Encapsulation encloses a protective envelope around the home it from the ground beneath and the world outside. Professional encapsulation stops water vapor, radon and Methane (decaying plants or dead animals) from polluting the living space. Plus, it prevents critters and insects from entering and multiplying under your home.  Hero Crawl Space of Chesapeake Company’s method of Crawl Space Encapsulation successfully prevents excessive moisture and all the nasty problems that come with it.

Often Homeowners will notice a musty odor during the summer coming up from the crawl space that fades when winter comes but each year it’ll get worse till it explodes into obvious ill health for the family.  This happens because Mold uniquely picks up its growth at the same point as unfavorable conditions of a dryer or colder climate caused it to hibernate as the weather turns warmer and more humid.

Vented Crawl Space often has everything Mold needs to thrive.

Fiberglass insulation is pushed between the floor joists to prevent energy loss from the home above. Sometimes this insulation has a paper backing which is unfortunate because mold is very attracted to paper and will readily grow on it.  This insulation acts like a giant sponge soaking up excessive humidity and when heavy with moisture it’s often found sagging or fallen to the ground.  Fiberglass insulation is an ideal shelter and breeding ground for mold and insects and doubly so if its moisture filled.  Crawl Space Encapsulation has proven to be the most successful treatment aimed at preventing mold, mildew, insect infestations and expand energy savings.

Once the insulation between the floor joists in the crawl space falls to the ground, humidity has a clear path into the home above.  This destructive humidity will warp the homes main level wooden floor or its plywood subfloor and cause sticky doors and windows.  In 24 to 48 hours of high humidity, Mold could bloom, in building materials, bringing even more misery to the family.

The dirt floor in the Crawl Space’s is generally covered with a vapor barrier to reduce water vapor that rises continuously from the soil- but this often falls short.  The accepted practice is to place thin polyvinyl sheeting in overlapping rows to cover the earthen floor except for stopping short of the outer walls. The rim of bare earth next to the foundation walls is there should a water or sewerage pipe bursts then the flow will have a way to dissipate into the earth.  However, the vapor barrier over time becomes disarrayed leaving large patches of bare earth where water vapor rises readily to cause mold and wood rot.

Ground water also flows into the Crawl Space due to incorrect Landscaping, faulty gutters and pressure in a high-water table location.

Controlling the Crawl Space humidity and pollution with encapsulation is moneywise.  It will stop structural damage to your home and prevent air pollution from sickening the family.  Air quality science in the home has demonstrated that 60% or more of the air a family breathes rises from the Crawl Space.  Hero Crawl Space Encapsulation will gladly inspect your home’s Crawl Space for humidity troubles and propose a solution towards a healthy home atmosphere.